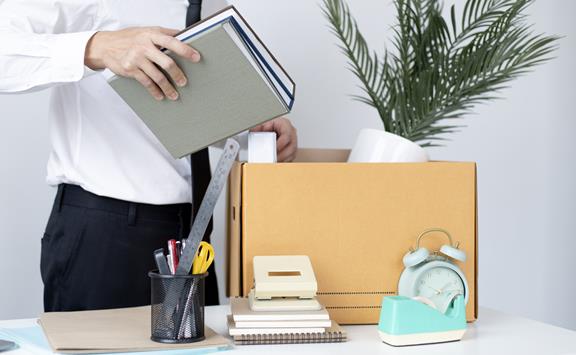 In the US, they are already talking about a - strange - phenomenon. The Great Resignation, also known as The Big Quit. It is also an unprecedented phenomenon that seems to go against all logic: suddenly a lot of working Americans are resigning from their jobs.

It is tempting to link this Big Quit to the corona pandemic. Certainly, there is a link. But first, let's look at what you would expect to logically happen in times of crisis. In the past, periods of crisis have always led to a decrease in resignations. After all, in times of uncertainty, the employee chooses the most stable job option. He will not think twice, but ten times, before moving on to another job. Conversely, it is also true that times of economic boom and economic stability lead to increased turnover. In these circumstances the employee is keen to sell themselves at the highest price in a booming economy.

If you apply this assumed logic to the current situation, you might expect that during the pandemic employees would be more likely to stay with their current employer. Initially, this was the case in the US. In the first few months of the pandemic, it was more common to see layoffs than resignations. Women, in particular, were the biggest victims of these layoffs. This was primarily linked with the sectors that were hardest hit by lockdowns, for example, childcare and related services - where women are overrepresented.

As the pandemic progressed, a new trend, emerged: workers began to resign en masse, despite the high unemployment rates and labour shortages at the time.

What underlined this wave of resignations? One reason often heard is that employees experienced a new reality after months of working from home. They have realised that there is more to life than just work. They want a better work/life balance. They want more flexibility in their work schedule and or variety in their jobs. If all of that is not there, employee engagement drops below freezing point. This inevitably leads to the desire for a "better life". Not surprisingly, sectors that require a lot of close contact, such as the hospitality industry, was hit hardest by waves of layoffs in the US.

When it rains in the US, it often starts dripping in Belgium, so the question arises: will Belgian companies also have to deal with their own Big Quit? A study of 5,000 people by an HR service provider SD Worx in Europe found that the damage here is limited. Their study shows that employees in Germany had the most COVID-19-related resignations, with 6.0% of employees leaving their jobs. The United Kingdom followed in second place (4.7%), followed by the Netherlands and France. Belgium had the most loyal of employees with a score of 1.9%.

Behind these modest figures, lie large sectoral differences. That is where the first similarity with the US market comes in. The number of employees in the catering and events sector who, after mandatory lockdowns, no longer want to return to their former position is significant. Belgium, unlike the US, has a good social safety net. In the last couple of years it was further reinforced by the support measures that the government introduced as a result of the pandemic. Many people who were at home with unemployment support realised that their income was not in proportion to their performance. It is logical that in these circumstances people would consider a career change and often actually take the step.

Do we have to fear American conditions? Personally, I do not expect it to go that far in Belgium. However, the sectors I highlighted will have a more challenging time with turnover rates. Also, at the other end of the spectrum, in the higher paid jobs that require a higher education level, you will see that a lot of people are giving up the security of their regular jobs and starting to work as a freelancer. In the last two years a number of people in my contacts who have already made the step to a freelance and consultancy role. The desire for more flexibility and a desire for a better work/life balance predominates.

Most Belgian employees work in a country that  prioritises wage-earner as the career norm. There have been many attempts to address the lack of entrepreneurship in Belgium times. Although steps have been taken towards building a better social framework for self-employed people, the gap between them and salaried employment remains large and unattractive. The current framework therefore encourages that things stay the same rather than having a 'big quit'.

How can you, as a business leader, deal with this and prevent the Big Quit in Belgium? Increasing employee retention was already an important theme for corona and will become even more so in the coming period. For those who haven't realized it by now: flexibility as an employer is needed more than ever. Don't completely dismantle what you may have been forced to build during corona. Make sure you have a clear working from home policy. Learn to trust your employees rather than micromanaging them. Involve them in the day-to-day business tasks, while also including them in the future transformations that are coming. An engaged employee is less likely to walk away.

Finally, the most important tip: get the right mindset from the leaders in your company. If they are not onboard with new and modern leadership, flexibility and trust, hard times await your company.