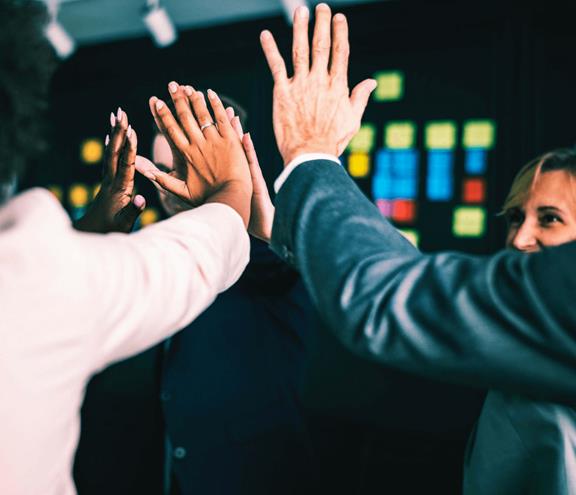 Through our daily work with over 1300 organisations, we see many examples of innovative thinking in HR. In this series of 14 best practices we define true “best practices” in HR nowadays. In this ninth case study of this series we will focus on Leadership Development with two examples of Top Employers within the Construction- and IT Consulting Industry.
﻿

Who will the leaders of tomorrow be? This question has a profound impact on the way companies train and develop their leaders to be successful not only in their own roles, but also as change advocates for others.

Leadership Development in the Construction Industry

This Top Employer (Global, 170,000 employees) needed to update its managerial skills framework to reflect the behaviours needed to bring about changes in its industry and accelerate business growth over the coming years.

As part of its Management Development Programme, the company involved leaders in analysing the business challenges the company will face in the years ahead – as well as the key attitudes employees will need to show in order to succeed. As a collaborative work, the one-year MD programme involved 68 working groups and more than 300 participants from approximately 40 nationalities. These leaders were tasked to overhaul the company’s competency framework, which resulted in the formalisation of five new ‘attitudes’.

Having been approved at an executive level, the communication of the new attitudes began in December 2016 with videos, intranet articles, booklets and posters, shared with all employees. The leaders of business clusters, as well as participants in the MD programme, presented at town hall meetings to explain what they expected from employees and gave examples of the application of these attitudes in their employees’ daily work. This change management plan is still in progress but the initial feedback from managers has been positive. As the attitudes were co-created by managers themselves, the content used feels more relatable than the old repository of managerial skills that did not address wider organisational needs. The company will gradually measure the adoption of these attitudes through engagement surveys, hiring practices and leadership development plans. The goal is for these attitudes to spread gradually across all levels of the organisation and to become part and parcel of the company’s culture.

This is a very interesting practice for companies that wish to build leadership teams who are role models for their people. In the example above, the scale of implementation was based on global outreach, but this initiative could also be launched on a smaller scale for an equally strong result.

Leadership Development in the IT Consulting Industry

This Top Employer (Global, 160,000 employees) runs a yearly “Leadership Quality” 360 survey as a formal process where leaders can ask for feedback from colleagues, managers, co-workers and customers on how they are driving business strategies and shaping innovation. The process is supported by an online tool and mobile application where the employees answering the questionnaire can also share open comments on actions that their leaders should continue to do as well as the things they should work on. More than just a standard 360 survey, this tool is a very useful input for each leader’s development plan, as the survey outcomes are used for the creation of individual development plans as well as the planning of follow-up training and learning actions. The feedback is also connected to the company’s competency framework.

Unleashing the potential of leaders remains a critical priority for leading organisations worldwide. In fact, ‘Developing leaders for the future’ is the number two priority in the Top Employers’ 2018 talent strategies. In this context, it is good news to see the content of Leadership Development Programmes evolving to incorporate new formats and aiming to reinforce the position of leaders both internally and externally, to accustom them to fresh ideas, to keep abreast of business developments and to build effective leadership teams.

Curious about the previous topic we've discussed in this series of case studies? Gain more insights on New Approaches to Diveristy & Inclusion (D&I)