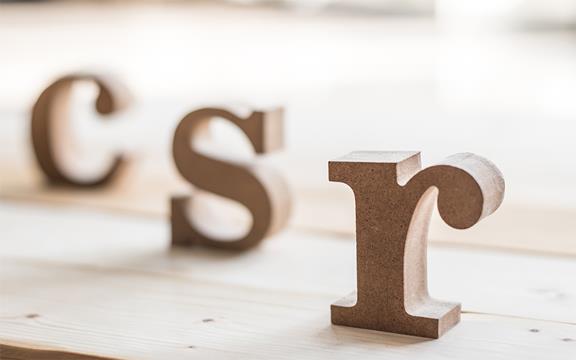 Over the last 18 months, there have been several unprecedented disruptions and yet despite this, the commitment to corporate social responsibilities remains high. The latest research from our 1691 Top Employers worldwide shows that 89% of leaders are consistently incorporating social and environmental impacts into their decision-making, up from 76% two years earlier.

In the face of turbulent changes, how has the commitment to CSR remained steadfast? We’ve found that enlightened and enthusiastic employees are aware of the powerful external and internal influences at work. Externally, they know that awareness and action around responsibility are essential to winning and keeping customers. And internally, the way the business handles these issues is front of mind for a growing number of current and future employees.

We found that employees' viewpoints are now sought by more than two-thirds (67%) of our Top Employers when developing CSR initiatives, up strongly from only 58% a year ago. While CSR used to rely on good-intentioned senior managers, its development and direction today are more closely bound together with employees’ belief that their employer must be taking clear action to do good, as well as make money. This sense of purpose has become central: nearly nine in ten (89%) of our Top Employers have defined this purpose, in a way that expresses how they generate social and environmental value, as well as revenue.

Pernod Ricard is a great example of turning these good intentions into noticeable actions. Certified as a Top Employer across all its Sub-Saharan affiliates, including South Africa, it is a leading distributor of premium brands, including Jameson Irish whiskey, Absolut Vodka and GH Mumm champagne. The business remains true to its three founding values: entrepreneurial spirit, mutual trust, and a strong sense of ethics. Its intent is to ‘Bring Good Times from a Good Place’ - to create a more convivial world, a world without excess.

For this to become truly authentic, however, particularly given the sector in which it operates, means a genuine commitment from employer and employees alike to fight the harm created by alcohol misuse. It begins with an acknowledgement from everyone that it is their collective and individual responsibility to play an active role in seeing this purpose turn into practice. Pernod Ricard South Africa has several initiatives underway of which some are highlighted below:

As part of a commitment to reduce harmful drinking and drink- driving in South Africa, Pernod Ricard has been working with partners to launch the “Autosobriety Training Programme to Prevent Drink-Driving” in the city of Durban in Kwa-Zulu Natal. This programme includes an interactive, educational module developed by Pernod Ricard. Parti­cipants learn about alcohol and its impact on their ability to drive (through the use of virtual reality glasses), the risks of driving while intoxicated and the legal ramifica­tions, as well as their personal responsi­bility to avoid drink-driving. The programme is being implemented alongside instructor training across 100 driving schools, with 5000 drivers expected to benefit from the programme.

Follow our Linkedin for more HR updates and news

Last year, Pernod Ricard also helped to launch Bar World of Tomorrow in South Africa - a free online course available to all adults above the age of 18. The course covers all aspects of sustainability and responsibility – everything from the use of fresh ingredients through to responsible serving of beverages and waste management – with all content aligned with the United Nations Sustainable Development Goals (SDGs). Pernod Ricard South Africa also recognised the impact that COVID-19 was having on the hospitality industry and decided to provide a cash incentive for bartenders to complete the Bar World of Tomorrow course. Over 150 bartenders were invited to enrol.

Investing in the local economy over the festive season:

In 2020, Pernod Ricard South Africa took the bold decision to redirect money traditionally spent on importing glass giftpacks from abroad, into the local economy instead. Local artists, manufacturers and artisans were commissioned to produce beautiful, local gifts to give away in stores with the purchase of selected Pernod Ricard products over the 2020 festive season, replacing the branded glass giftpacks historically found in stores over this period. Through this initiative, 268 new jobs were created, and a further 220 jobs sustained, benefitting a total of 2 550 people in local communities. The campaign will run again over the 2021 festive season, somewhat transformed and re-introduced to the market as Phakamisa ispirit, but with the same intent underlying the core of the campaign.

This period also saw Pernod Ricard South Africa launch the #KeepTheSpirit initiative. As many members of the bar and restaurant community were forced out of work, Pernod Ricard stepped in to help alleviate some of the economic hardship caused by the pandemic by committing R2m (around $140 000) to support nearly 1 000 workers impacted during the initial lockdown period.

The value of CSR in a pandemic

For nearly all (96%) of Top Employers globally, our latest research shows, limiting the risk to employees and their job security has been a key driver in making good business decisions. Top Employers are backing its intentions around CSR with impactful actions. It knows a commitment to action is demanded by customers and employees alike and with CSR maturing into tangible, regular, year-round interventions, employees are playing a growing role in defining what the key priorities and actions should be.

We conduct in-depth assessments to discover the Top Employers in the world.