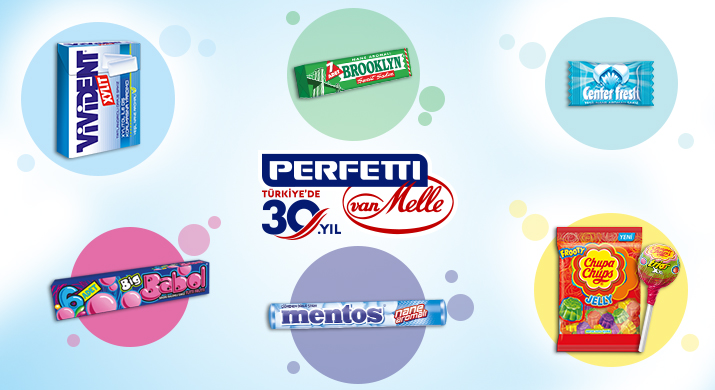 Perfetti Van Melle is a private company, engaged in confectionary – gum production and distribution more than 150 countries worldwide. The company was established in March 2001 with the merger of two companies: Perfetti S.p.A. and Van Melle NV. The Group strengthened its standing as a third largest confectionary (confectionary + gum) group throughout the world by the purchase of the Spanish Company, Chupa Chups in June 2006 and became the biggest player of the global confectionary market. Perfetti Van Melle Turkey was established in 1988, in order to make investment in Turkey within the scope of process for international expansion of Perfetti. The construction of the plant started following the establishment of the company in October 1988 and products, produced at the plant that was completed in 1990 took their place on shelves in April 1990. Perfetti Van Melle that always offers innovative products ranked at a leader position in a short period of time at the Turkish market.

Our comprehensive independent research revealed that Perfetti Van Melle Turkey provides exceptional employee conditions, nurtures and develops talent throughout all levels of the organisation and has demonstrated its leadership status in the HR environment, always striving to optimise its employment practices and to develop its employees.