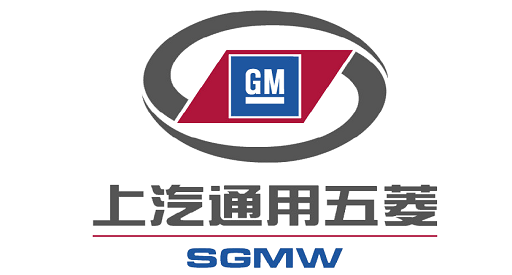 SAIC GM Wuling Automobile Co., Ltd. was established on November 18, 2002. It is jointly founded by Shanghai Automobile Group Co., Ltd., GM China Co., Ltd. and Guangxi Automobile Group Co., Ltd. It is the first Sino foreign joint venture automobile company formed by the mixed ownership reform of state-owned enterprises in China. Since the joint venture was build up, the company has been the national sales champion for 13 consecutive years. With reaching more than 100 billion sales revenue, it has accumulated more than 18 million users, which has became the largest manufacturing company in Guangxi.
SGMW's domestic production capacity layout takes Liuzhou as the center, radiates across the country, and establishes Liuzhou Hexi headquarters, Liuzhou Hexi base, Liuzhou Baojun base, Qingdao branch and Chongqing Branch. At the same time, in order to respond positively to the development strategies of "going global" and "The Belt and Road", SGMW subsidiary company was put into operation in July 11, 2017, and overseas business has developed from "A borrowed boat from the other way to sail" to "Make sail". The international layout is expanding constantly, and now it has become a new pattern of coordinated development between North and south, and at home and abroad.
SGMW will fully implement the three new strategies of "Multiplication", "New four modernizations" and "Internationalization". It will accelerate the upgrading and transformation of passenger utilization, promote the construction of new energy ecological mode, comprehensively realize the breakthrough of electrification, networking, sharing and intelligence. Furthermore, it will also further accelerate the global layout, enhance the international competitiveness, and create a new era for the development of the company.
Today, SGMW has transformed from a traditional micro car enterprise into a learning and innovative modern enterprise with "multi-point manufacturing, simultaneous development of business and ride, cross ocean sea". The company will keep in mind the enterprise spirit of "hard work and self-reliance", strive to provide customers with higher quality products and better services, and move forward to grow into a leading domestic and internationally competitive automobile company.

Our comprehensive independent research revealed that SAIC-GM-Wuling Automobile Co., Ltd. provides exceptional employee conditions, nurtures and develops talent throughout all levels of the organisation and has demonstrated its leadership status in the HR environment, always striving to optimise its employment practices and to develop its employees.